TÜV AUSTRIA and SKI AUSTRIA have long been a perfect combination. Lukas Klapfer from Eisenerz has represented Austria’s largest testing, inspection and certification company since 2013. Since this year Mario Seidl from St. Veit im Pongau has also been a brand ambassador.

In a few weeks the new World Cup season starts in Ruka, Finland. Lukas Klapfer: “My intensive training sessions are going according to plan. Not only do I feel fit, I also work every day at being able to constantly recall top performances. That I do so that in the coming season there will be, as the TÜV AUSTRIA company motto goes, “simply more inside”.

Looking beyond the coming season, Lukas Klapfer has a big goal: “the 2022 Olympics.”

Mario Seidl will not be entering the fight for World Cup points until next winter. After his serious injury in summer training, he is working on a comeback for 2020. Seidl: “My plan is to start cross-country skiing as soon as possible. In terms of strength and endurance, I’m entering at a good level, and ski jumping is then scheduled for summer 2020. In the 20/21 season I will start competing in full shape.” Mario Seidl is especially pleased about TÜV AUSTRIA’s support. “I’m glad to be supported during my comeback into the competition by such a large Austrian company as my head sponsor.”

Despite intensive training sessions, the two athletes made a stopover in Vienna and visited TÜV AUSTRIA board members Stefan Haas and Christoph Wenninger. After a tour of the TÜV AUSTRIA Campus, it was on to the new TÜV AUSTRIA Technology & Innovation Center.

Klapfer and Seidl were enthusiastic about the wide range of testing options and innovative services offered by TÜV AUSTRIA at its laboratories and test halls. From the automotive sector, machine safety and materials technology to robotics and cybersecurity at the S3 Safe Secure System Lab. A big impression was made on the two of them by Product Testing (which does thorough checks of equipment for playgrounds, sports and recreation as well as, for example, baby carriages) as did Austria’s largest EMC test hall.

Now 33 years old, Lukas Klapfer has been active in Nordic combined since 1997. At the Junior World Championships 2004, he took the bronze medal with the Austrian relay team. He made his debut in the A-World Cup in Sapporo in 2005. His only World Cup victory so far was in Schonach, Germany. At the 2014 Olympic Games in Sochi he won the bronze medal in team competition. At the 2018 Winter Games in Pyeongchang he won bronze on the normal hill and (together with Willi Denifl, Bernhard Gruber and Mario Seidl) bronze in team competition on the large hill.

27-year-old Mario Seidl started his career over ten years ago. In addition to domestic championship titles, his greatest sporting successes include two World Cup victories, several top placings in the World Cup and the Olympics as well as two World Championship bronze medals. In January 2019, Mario Seidl secured the overall victory in the Nordic Triple. Born in Salzburg, he was the first Austrian to triumph at the World Cup climax for the Nordic combined in Chaux-Neuve, France. 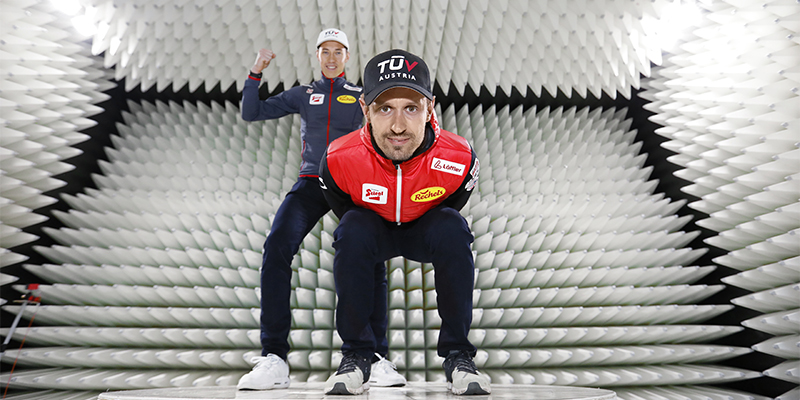