We will shortly launch into infinity and far beyond. Are you ready for liftoff? Come with us on an exciting journey through the galaxy!

In early September, a probe of the US space agency, NASA, will be launched into space. The "OSIRIS REx" will land on the asteroid "Bennu" and take samples there, which could provide information about the origins of life. The TÜV AUSTRIA Academy will accompany the mission for seven years.

Technology, quality, safety - that is what NASA and TÜV the AUSTRIA Academy have in common. When the unmanned probe is ready for liftoff on September 8, the TÜV AUSTRIA Academy will be coming along on board - in the form of a microchip.

The initiative "Messages to Bennu" enables us to be part of the mission: the name TÜV AUSTRIA Academy has been saved on the chip and even installed in the probe.

It will spend two years on the 500 meter large surface of the asteroid, it will collect samples there and finally land back on Earth again in 2023. The idea behind "Messages to Bennu" is to participate in the exploration of the solar system and to perhaps be there if the two most crucial questions of mankind are a step nearer to being solved: where do we come from? Where are we going?

Asteroids, left over debris from the time when the solar system was formed, could contribute to clarifying this puzzle and telling us more about the origin of the sun, the planets, and our oceans. 60 grams of natural resources suffice for this - this is how much material the probe OSIRIS REx (Origins-Spectral Interpretation Resource Identification Security Regolith Explorer) will collect before it returns to Earth again.

However, the mission also has another reason: "Bennu" could be dangerous for the Earth in the 22nd century. The chance of a collision is only 1:1800, yet, according to NASA, "Bennu" is the most dangerous known asteroid to mankind. This makes it even more important to measure the asteroid and record its physical properties. What's more, a manned landing on an asteroid is also planned - not until 2025, however.

Who knows, perhaps we will also be on board then? Stay tuned - we will keep you posted...

Physicist Werner Gruber has become famous since appearing on television. Furthermore, he is head of the Kuffner Observatory, the Urania Observatory, and the planetarium in Vienna. He is therefore just as familiar with the universe as he is with the limits of safety - he will be presenting this as part of the TÜV AUSTRIA Safety Day on 10/13/2016. Reserve your spot now at www.tuv-akademie.at/st16 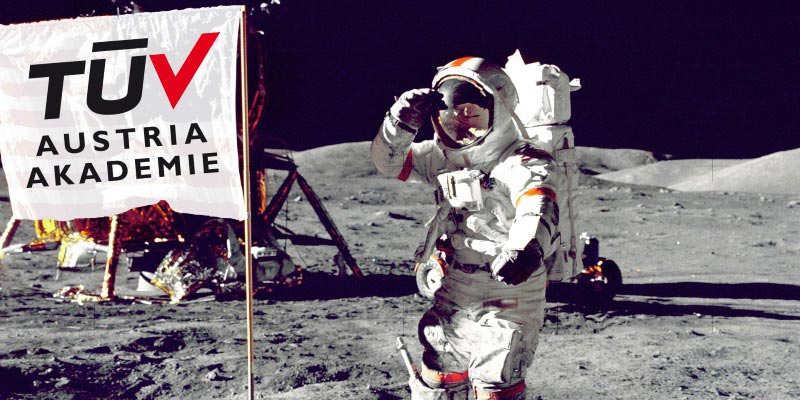