BUSWORLD TURKEY TAKES PLACE IN ISTANBUL FOR THE 6TH TIME!

BUSWORLD was first organized in Kortrijk, Belgium in 1971 and it has achieved an international recognition by the European bus industry as being the oldest and most respected trade show for the bus industry.

Holding the internationally accepted benchmark for quality in trade fairs and exhibitions UFI Approved Event Certificate, BUSWORLD TURKEY was held for the 5th time in 2014, featuring 248 companies of which 170 were local and 78 were from abroad that came from 26 different countries.

Organized with the co-operation of BUSWORLD KORTRIJK and HKF Trade Fairs, BUSWORLD TURKEY 2014 was visited by 12.425 professional visitors of whom 1.714 came from overseas along with 47 members of foreign press and media.

BUSWORLD TURKEY 2016 will bring the international bus and coach industry and sub-industry sectors together for the 6th time in Turkey. This will be a great opportunity to generate new businesses and build up existing relationships particularly for Turkey and its neighboring countries. 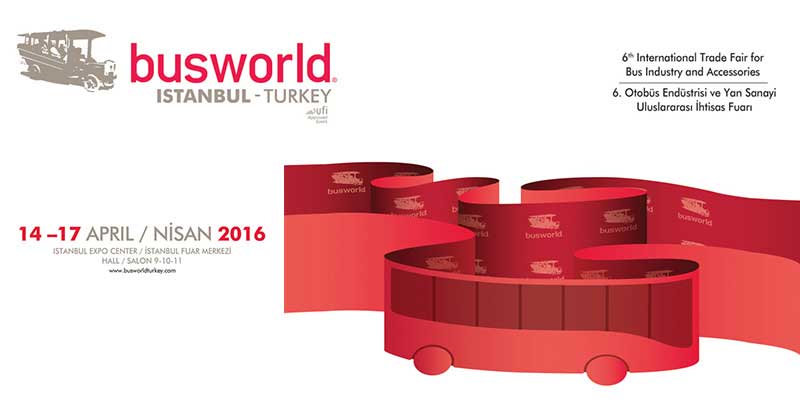 BUSWORLD TURKEY TAKES PLACE IN ISTANBUL FOR THE 6TH TIME!